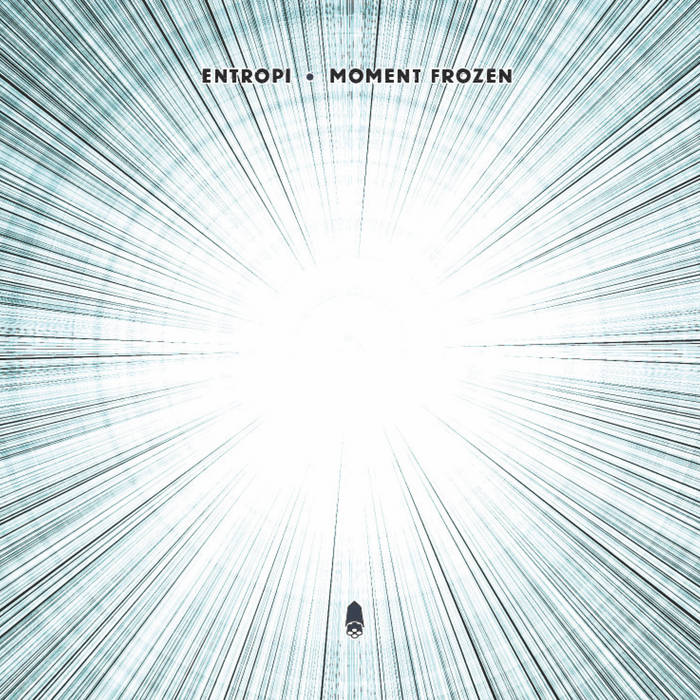 Outlining the background to this project, Byrne poses the question: “If order eventually always turns to chaos on macro and micro levels, how can we translate that into something meaningful in our lives? The album title is a statement that our lives are made up of a series of snapshots. If we hold each of them up to the light, are we happy with the sum of all these frozen moments which, together, make up the sum of our existence?” Entropi have already forged a sparky signature sound, their combined goal of breaking into new orbits lifting both fierce and nebulous extemporisation from the written page. It’s an effective balance which is as much due to Dee Byrne’s compositional generosity (born out of her eclectic musical collaborations in Western Europe, en route to gaining a Masters at Trinity Laban) as the seemingly inexhaustive, searching intent of her colleagues.

The quintet’s two-horn solidity is finely wrought, featuring bristling unison riffs and harmonic collisions, yet Byrne’s and Canniere’s breakaways into freely improvised hyperspace also find an empathetic, textural connection with the rhythmic and chordal probings of Nash, Brice and Fisher. Indeed, as Dee elaborates on the band’s founding vision, “I was always looking for the intensity of John Coltrane’s quartet and the later Miles Davis groups, taking forward something of their 1960s spiritual depth and energy into our own, progressive experience. Music is a healing force – I feel very much in tune with that concept. Entropi has grown together as a band, and expression is everything. So the album was created from live, whole takes in the studio – moments frozen”.

Described as mirroring our human existence against the five, perceived, transitory stages of the universe, ‘Stelliferous Era’s recurring riffs are blasted into disarray with percussive turbulence; and similarly edgy ‘Interloper’ suggests the stealth of an unwanted intruder, with alto sax both frantically warning and clashing with trumpet against a maelstrom of Rhodes clusters and feisty bass and drums. The piano ostinati of ‘Elst Pizarro’ contribute to a zero-gravity pictorialization of a celestial body whose identity confused astronomers when discovered in 1979, prompting elegant sax and trumpet imaginings; and Byrne specifically describes the elongated phrases in title track ‘Moment Frozen’ as “recreating the circular motion of this [same] comet/asteroid in the asteroid belt, with the horns guiding the unwieldy rhythm section around the circular form”.

The unlikely sleeve-note tale behind ‘Fish Whisperer’ offers spatial reflection, albeit with a central, disorderly free section hinting at fusion; whilst the buoyant, open groove of ‘It’s Time’ cruises to Rebecca Nash’s sustained, tremulant Rhodes and a crisp, rhythmic undercurrent from Olie Brice and Matt Fisher. Byrne’s large-scale ‘In the Cold Light of Day’ (“a moment of realization that that something has irrevocably changed”) is episodic and fluent, showcasing her especially fervid approach to alto improv; and the soft catharsis of ‘Leap of Faith’ conveys “fragile steps into the unknown” along elegant, oscillating horn pathways.

Dee Byrne concludes: “Creative music has enabled me, in recent years, to put life into a larger context. Often we don’t think about it, yet the whole factual basis of time and space can be compelling – full of fun, drama, wonder, and with the potential to open up another perspective. Entropi’s aim is to communicate our original thoughts in that vein, translating the vast unknown of music (as did Coltrane, Miles and others) into exciting new experiences – either directly or indirectly – for us and our audiences.”

"Entropi have become a highly cohesive and well balanced unit with the quality of the writing enhanced by the adventurousness of the playing."
★★★★ The Jazz Mann

Byrne’s solos are powerful, urgent and attractively grainy-toned... And her writing is equally forceful and characteristic.”
Jazz Views

"The album has a stimulating and stellar like quality."
Bebop Spoken Here

"The whole album is a class act."
Sandy Brown Jazz

​"​The dynamics of deep thought, the transformative power of jazz, unified in the intriguing music of Dee Byrne and Entropi.​"
Morning Star​

“A sensitive balance of spontaneity, inspiration and passion.”
Radio REC

Bandcamp Daily  your guide to the world of Bandcamp

Interviews With Butcher Brown and Slauson Malone, plus LP of the week by SAULT.